WiFi 6 is the next generation of WiFi after…you guessed it, WiFi 5. (Who names these things, amiright?) A stable, fast internet connection has never been more needed across the world than now, day after day. Work, school, gaming, take a tremendous amount of bandwidth and as everyone has been forced to be at home more often taking video calls from your boss with a nice shirt and no pants on (I promise that’s not what I am doing now writing this at home), that same need of faster, more reliable internet has never been greater.

The development of better technology, especially in the internet world, will always continue to grow. Take what we wrote about 5G last week for example.

In a fairly simplistic answer, and like I said before, it’s the next generation of WiFi. WiFi 6 boosts a couple different features of previous generations. First, it isn’t necessarily about top speeds, but more about improving the network with consistent speeds when several devices are connected all at once. And as you can expect, more and more devices we use at home demand to be used with WiFi. Second and third, WiFi 6 contains better security and in some cases helps device battery life.

According to The Verge, “9.6 Gbps. That’s up from 3.5 Gbps on WiFi 5”. But, remember these numbers are theoretical max speeds that users and devices won’t be able to reach. Looking at most telecom companies offering residential WiFi service, the max speed service is around 1Gbps, and users can generally only reach those speeds when a compatible device is connected to the router by ethernet. Confusing, I know. That being said, WiFi 6 compatible devices and routers will still increase the efficiency of the devices using it and produce faster, consistent speeds.

How can I use it?

WiFi 6 can be used with any device that uses WiFi. But, using a WiFi 6 compatible router with a WiFi 6 compatible device will help you get the most potential from this generation of WiFi. What about having one or the other? Yes, still compatible. Older devices can still connect to a WiFi 6 router and experience better performance and newer WiFi 6 devices can still connect to older generation routers.

The biggest difference that WiFi 6 offers for an average user is within their home. According to Statista, the average number of connected devices in a household is 10. This is up from 8 in 2019 and projected to reach around 14 by 2022. These devices range from smartphones, laptops, smart tvs, watches, thermostat, locks, lights…you name it.

The increase in the number of devices per household isn’t necessarily a bad thing. Smart devices in a home are becoming a basic commodity in apartments and rental properties where people in communities have traditionally been left behind to fend for themselves as technology expands and increases. Some companies, like us here at Quext, are creating solutions to help bridge that gap.

Yes, we know, it’s getting old. Technology life spans are both increasing and decreasing at the same time. As the production of better technology increases, engineers are creating devices that last longer, and are more reliable and efficient than ever before. That being said, the exponential growth still continues and the technology gets better than that, forcing out the old new tech. The endless cycle.

Now remember, your old devices will still work with this new technology. So, unless you’re a WiFi nerd like a handful of us here at Quext, there is no need to rush to the store and update every device you have. As time goes on, new devices will continue to come equipped with WiFi 6 and you will have access to it. 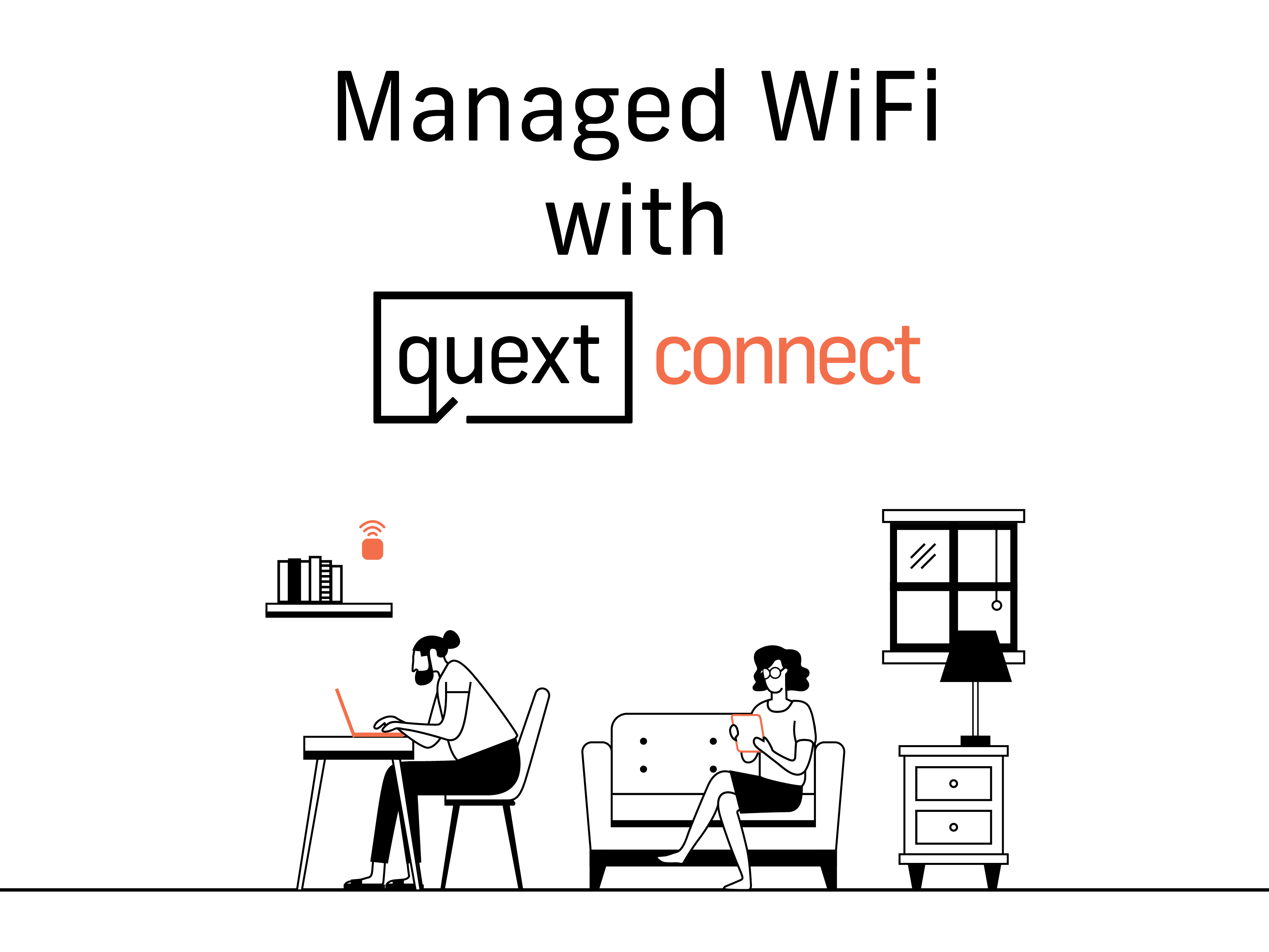